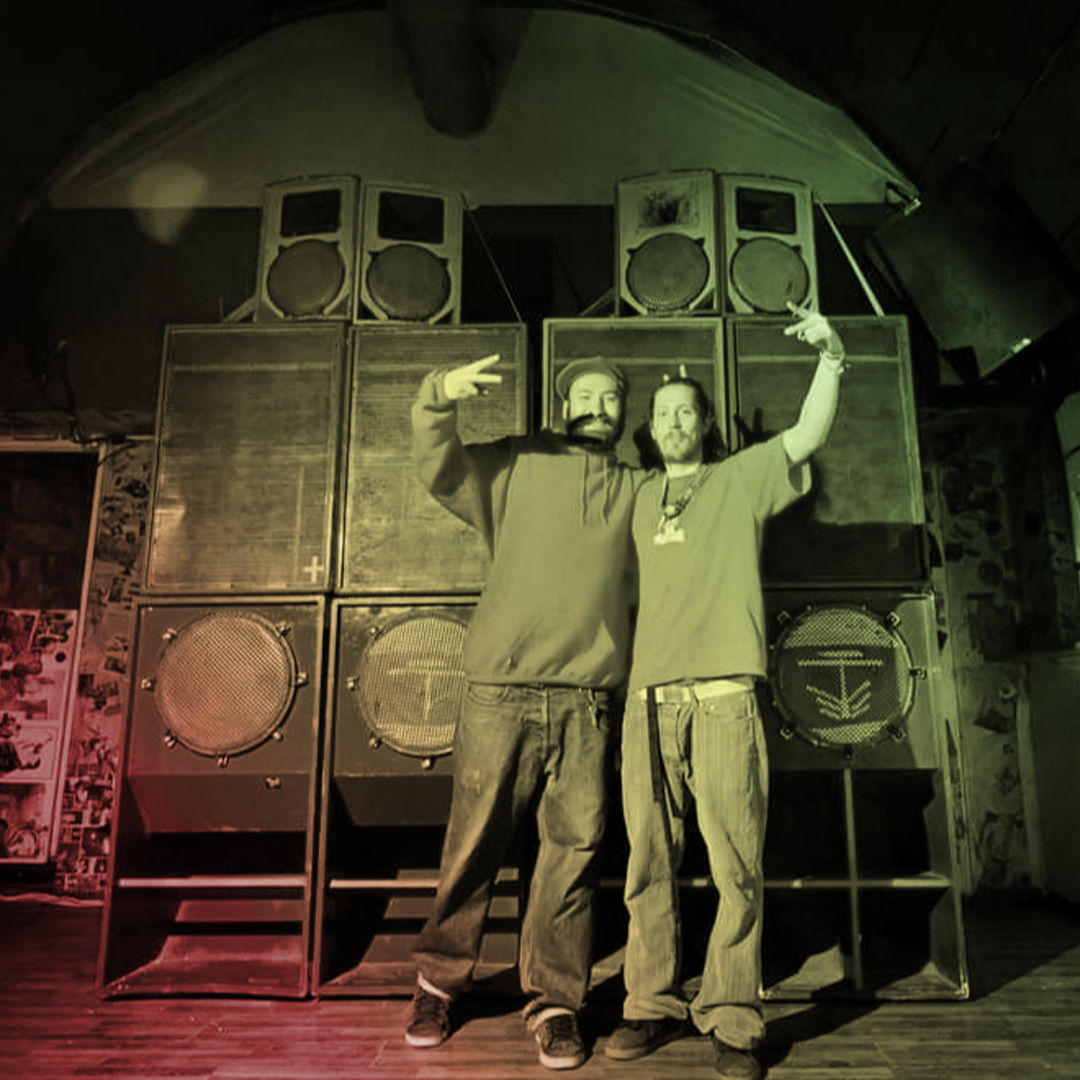 GenMaica, that is Eujah & D’Jhu, is a duo originally from Brașov, headquartered in Cluj where, in 2011, they built the sound system with the same name.
Their selections include various rhythms from the Dub universe, accompanied by Eujah’s voice and lots of heavy but warm bass waves that stimulate positive thinking and invite the body to dance.
For D’Jhu the sound system culture is about people coming together to share the music, and the vibe as a collective. Eujah has dreamt of building a soundsystem for as long as he can remember, dreaming of speakers at night, and carrying tools with him wherever he went. So when the two of them met, it was inevitable that they would stick together and build their unique sound. Genmica sounds strong, yet friendly to the ears – fluffy in a word. For them it’s about how the speakers sound as an ensemble, harmoniously in sync.