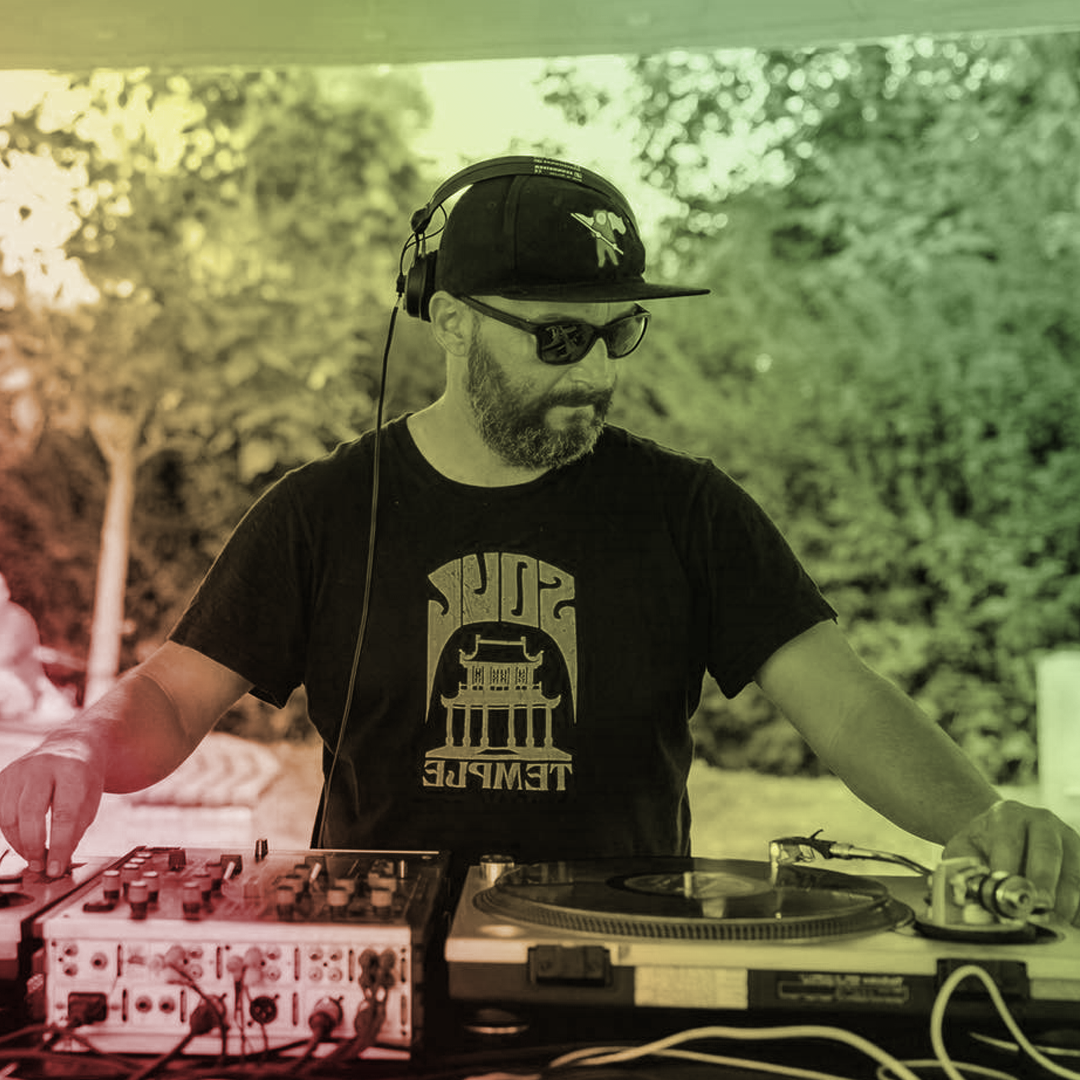 Dubase started “playing music” as a hobby in 1997 in Cluj Napoca, under the umbrella of Cluj Raving Society – known for the first Romanian electronic music festival, De la Hoya.

Over the past 25 years he has participated in most important festivals in the country and some abroad, was a promoter and remains an enthusiastic digger and soundtracker, along with Calibro 45 aka Leizaboy. They participated at TIFF’s special events with live scores for films from the noir, silent period.

The last 4 editions of Electric Castle have hosted a unique project in the festival market, the Roots stage, specially created for reggae/dub music and its derivatives including jungle, to which he has brought his curatorial input with ZO and the festival team. He brought the Babalonia project to public attention with its focus on exotic music, somewhat inaccurately categorised as world music.

The rest is history, but in the years ’98-’99 together with Seba 1394, Sever Mureșanu they brought the underground to FM at Sonic Radio Cluj, where they frequently released on the airwaves jungle mixtapes brought by their colleague Sever from Canada. Keeping the proportions and adding the inevitable delay between the Romanian and the Western scene, jungle sounded for the first time on FM in Cluj on the show “Welcome to the Club”. After the 2000s, the collection of EPs from the golden era 1993-1996 grew and the militancy towards jungle remained constant over time… and here we are in 2022, a few years after the new renaissance of jungle music.